For achieving the black belt, it will take longer duration in eastern arts. Many people may take almost ten years and more for achieving black belt. Duration of learning martial arts is purely based on the person’s will and dedication towards his goal.

Martial arts practiced in eastern regions emphasizes on the perseverance and loyalty. The key components of this art are the loyalty towards art and to one’s Dojo and Master.

Martial arts was basically originated to defend themselves or to revolt during the times of war. These arts display strength, endurance and power irrespective of the work the individual practice.
For practicing eastern martial arts, one individual needs some necessary products and now you can buy those essentials by accessing shop2fight.com.
If you are not familiar about the essentials of martial arts, here are some lists of necessary products for practicing martial arts.

What Products do Eastern Martial Arts Need?
#1- Boxing Gloves- A lightweight glove made up of artificial leather with or without sand bag is mandatory for practicing and also for providing training to the individuals.
#2- Traditional Karate Uniform- Another essential for Karate is its uniform and for comfort you need cent percent cotton uniform with full-length sleeves. And, karate uniform pants need to have elastic waistband
and extra drawstring in order to be suitable for all sizes.
#3- Budo Belts- Different colored belts in eastern martial arts signifies the level of training the individual
is undergoing and it also signifies whether the individual is well-trained or not. Hence, Budo belts are mandatory in martial arts.
#4- Sports such as Muay Thai, MMA, Sanda, need shorts, possibly t-shirts, mouth guards, groin guards and gloves.

The above mentioned are some essentials of martial arts and martial arts are actually ancient combat techniques and its technical
and explosive moves like punches, kicks and throws are all based on the form of the art that being practiced.
Some forms of the arts employ swords, while some other forms employ bow and arrow and other required weapons.
By martial arts, one individual boosts their strength, power, flexibility, balance and endurance.
Technical aspects of the art include spiritual and mental components
which concentrate on the improving concentration, mental ability, and it controls negative thinking and emotions.
Overall, for choosing a martial art you need to have desired dedication and will power for achieving success in that art.

Mixed Martial arts or commonly known as MMA is a full-contact combat body sport in which the fighters use techniques from various martial arts and combat sports like Jiu-Jitsu, Muay Thai, Taekwondo, Sambo, Karate etc. This sport is a really violent sport, but it is also the part which makes it all the more interesting... 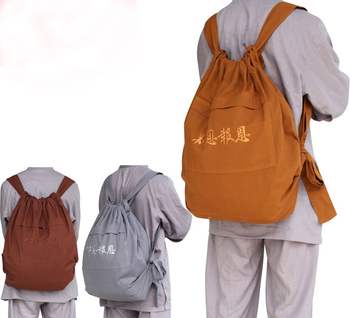 Yoga derives its strength from its ancient Indian (Sanskrit) roots. Although martial arts are diverse in their disciplines, they all operate on the same principles as yoga. I’ll explain why and how yoga and martial arts are related in this article. Because the former speaks of benevolence and compassion, society...

It’s no secret that martial arts have indeed come a long way over the years.Many years ago, Bruce Lee helped the arts become even more famous when he developed his style of Jeet Kune Do.He participated in several movies, showing the world his speed and finesse.Since then, movies have been...

Taekwondo (Korean 태권도/跆拳道) is a modern martial art, well known all around the world for it’s lightning fast, often high, spectacular spin kicks.Taekwondo has been around for many years, originally founded in Korea.It translates to “the are of punching and kicking”, or the “art of unarmed combat”. The four disciplines...

This website uses cookies to improve your experience while you navigate through the website. Out of these cookies, the cookies that are categorized as necessary are stored on your browser as they are essential for the working of basic functionalities of the website. We also use third-party cookies that help us analyze and understand how you use this website. These cookies will be stored in your browser only with your consent. You also have the option to opt-out of these cookies. But opting out of some of these cookies may have an effect on your browsing experience.
Necessary Always Enabled
Necessary cookies are absolutely essential for the website to function properly. This category only includes cookies that ensures basic functionalities and security features of the website. These cookies do not store any personal information.
Non-necessary
Any cookies that may not be particularly necessary for the website to function and is used specifically to collect user personal data via analytics, ads, other embedded contents are termed as non-necessary cookies. It is mandatory to procure user consent prior to running these cookies on your website.
SAVE & ACCEPT